Lesotho is a landlocked country, nestled between the Drakensberg and Maloti mountain ranges and entirely surrounded by South Africa. The country is of similar size to Belgium or Israel and has a population of 2 million inhabitants (The Travelling Chilli; 2015). 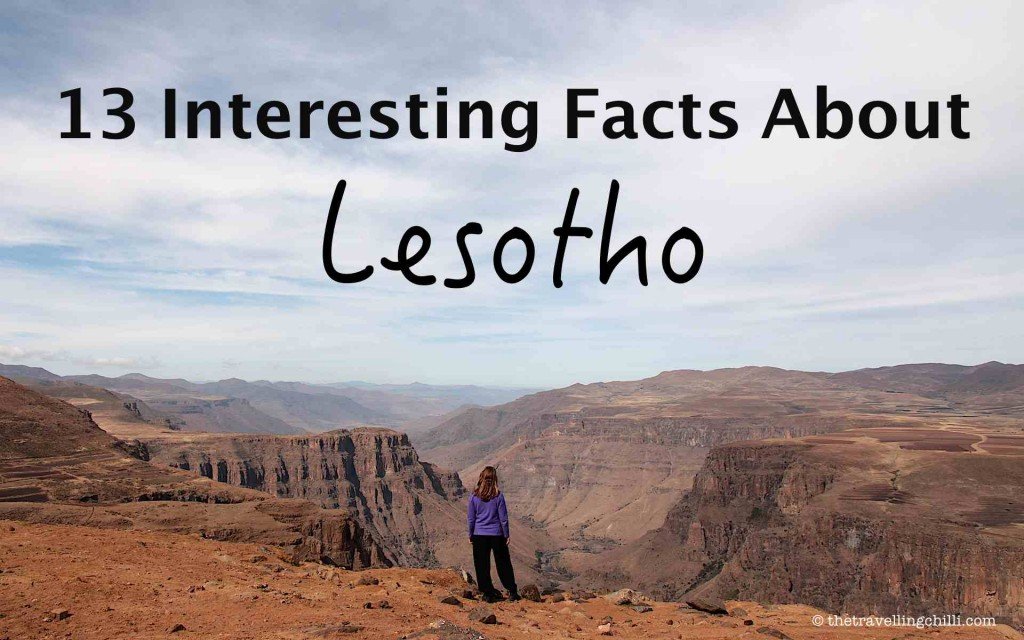 Lesotho is mostly visited as part of a South African trip by tourists and hardly ever more than two days are spent in the country. Yet there is quite a lot to discover and to experience in Lesotho. During the last years I have visited mainly the western part of Lesotho. So it was time to explore the rest of the country and for more than two days this time. On this trip I discovered that there are quite some interesting facts about this beautiful mountain kingdom which most people do not know (The Travelling Chilli; 2015). 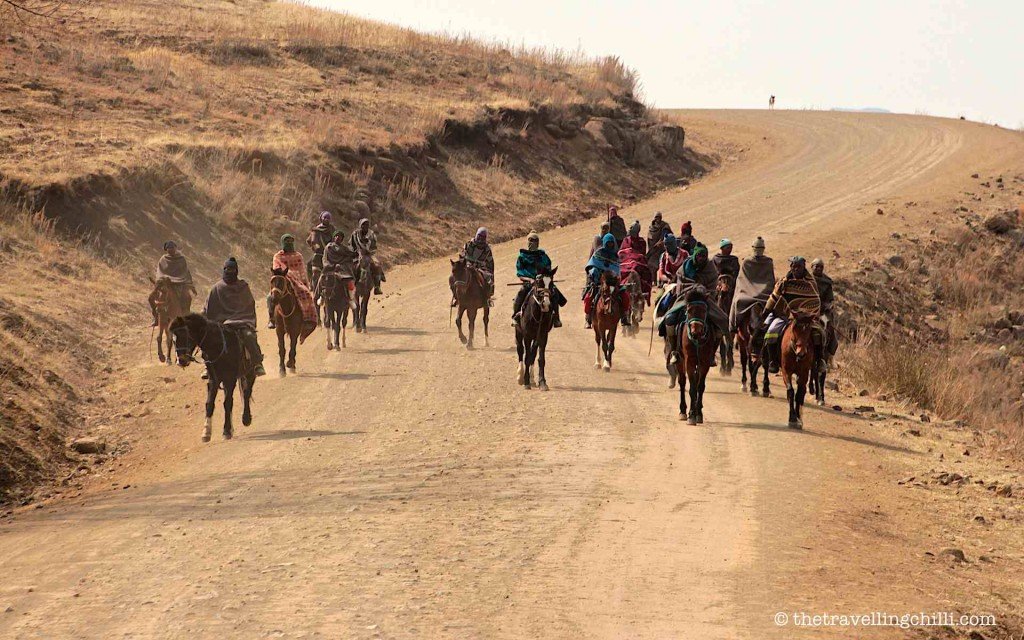 Here is our list of 13 interesting facts about Lesotho

Lesotho is ruled by a constitutional monarchy and is one of the 3 remaining kingdoms in Africa (the others are Morocco and Swaziland). King Letsi III is the reigning king of Lesotho since 1990 (The Travelling Chilli; 2015).

The lowest point above sealevel in Lesotho is 1500 metres, making it the country with the highest low point in the world (The Travelling Chilli; 2015). 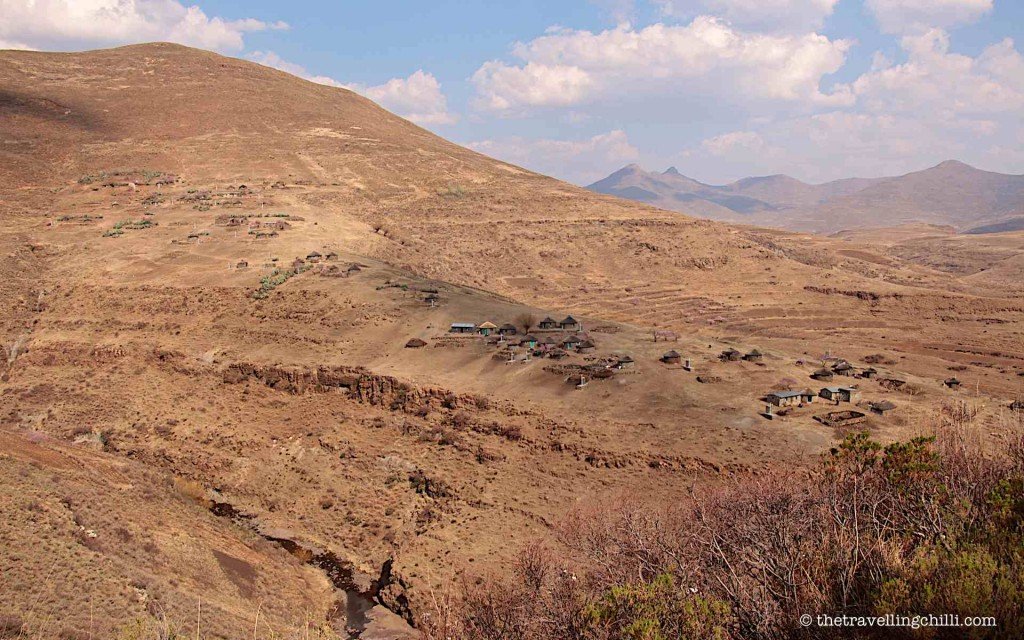 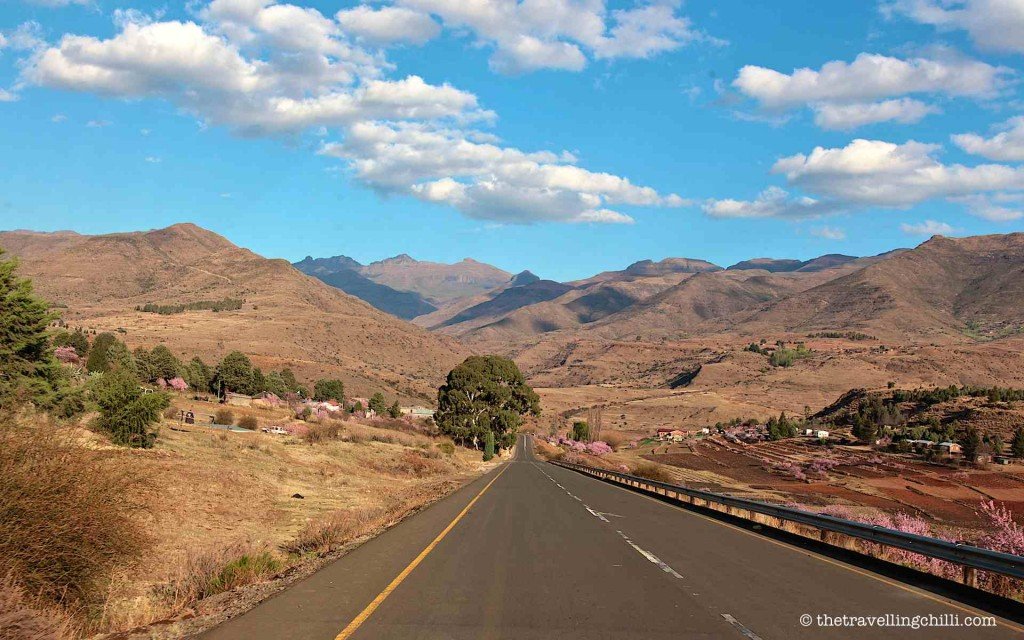 The Katse Dam is the highest dam in Africa (the surface reaches 2050 metres when at 100% full) and with 185 metres is the second largest dam wall in Africa. The dam is a result of the Lesotho Highlands Water Project, a bi-lateral project between the governments of South Africa and Lesotho. The water is transferred to South Africa and mainly used for the province of Gauteng (The Travelling Chilli; 2015). 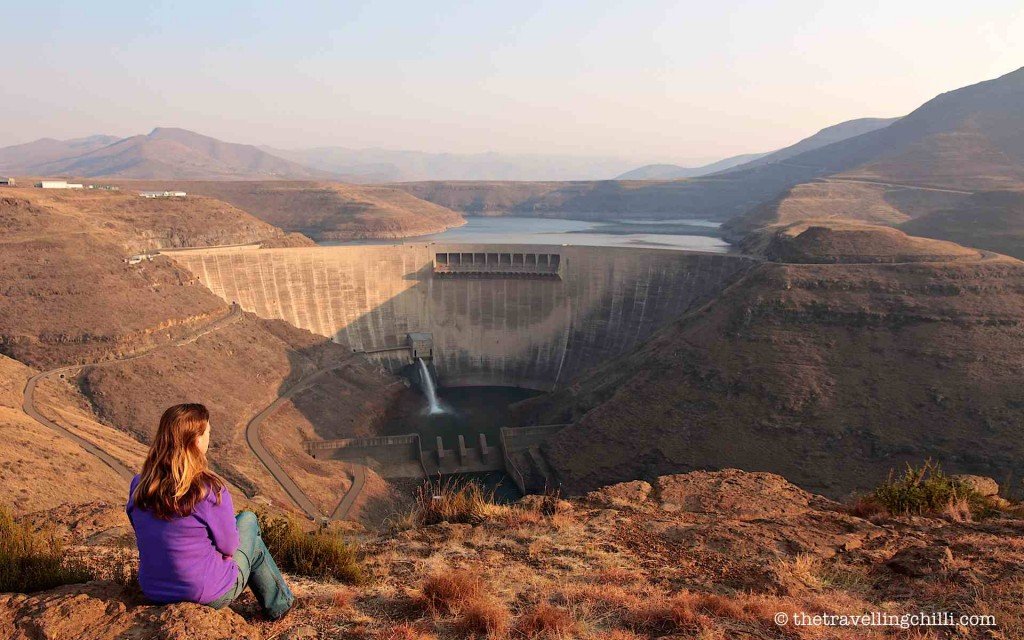 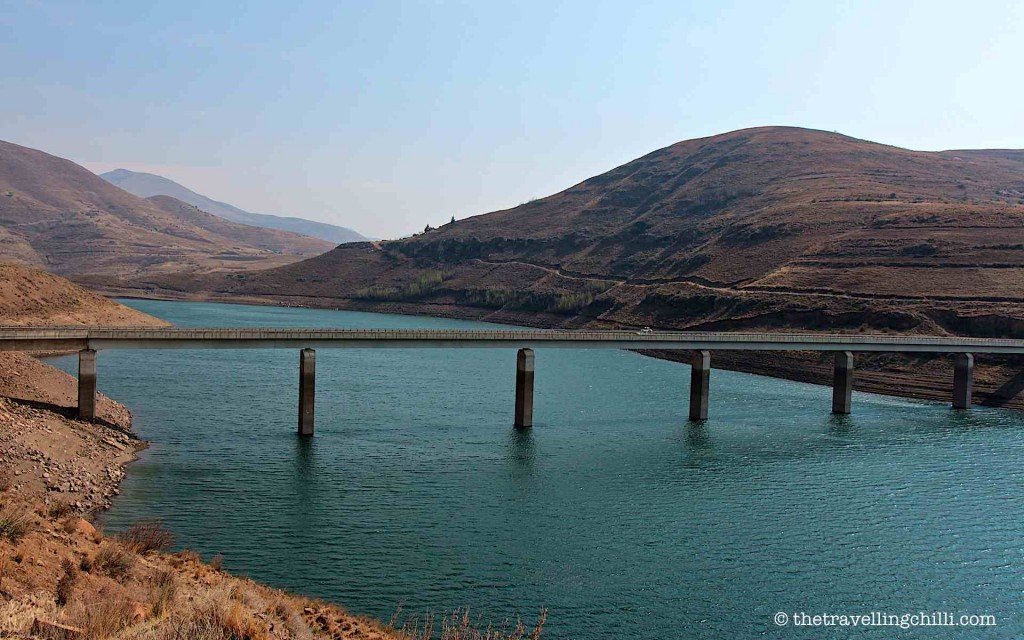 Not many countries can say that their traditional dress is a blanket. The Basotho blanket is a very common sight in Lesotho, often with colourful patterns. The blanket is not only used to protect the Basotho against the cold, but is also worn as a status symbol and cultural identification. Almost entirely made of wool, they protect very well against the harsh cold winter. Another typical feature is the woollen balaclava (which only leaves their eyes free) and the gumboots (The Travelling Chilli; 2015). 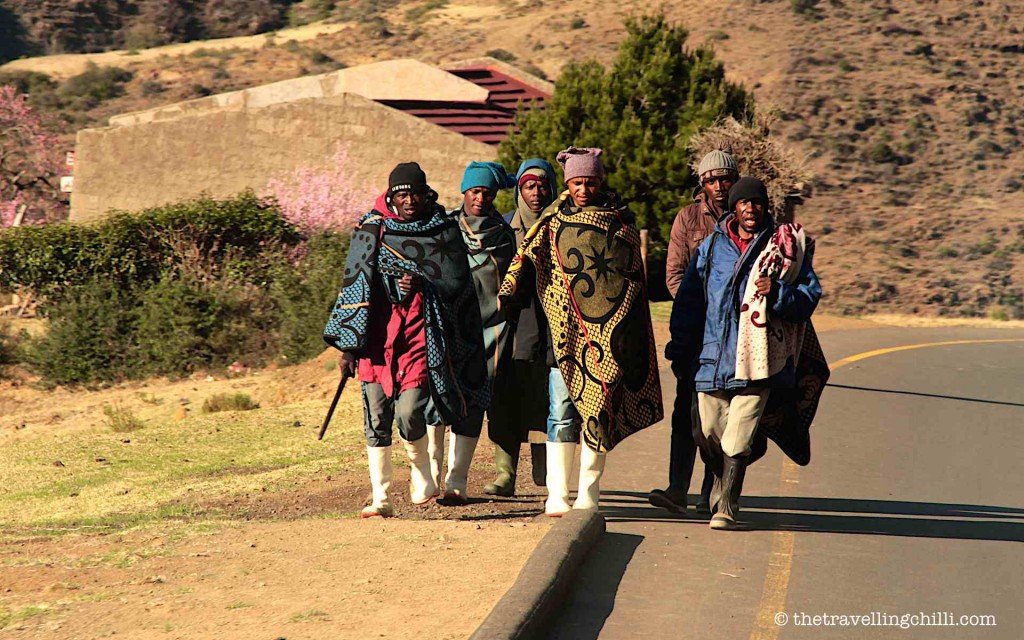 Lesotho is home to the highest altitude pub in Africa at 2874 metres above sea level. It’s located right at the border with South Africa, and the end of the iconic Sani Pass (or the beginning if you come from Lesotho). A cold beer is very welcome when driving this scenic pass starting in South Africa and to top it all off, you’ll have an amazing view from the top (while sipping that cold beer) (The Travelling Chilli; 2015). 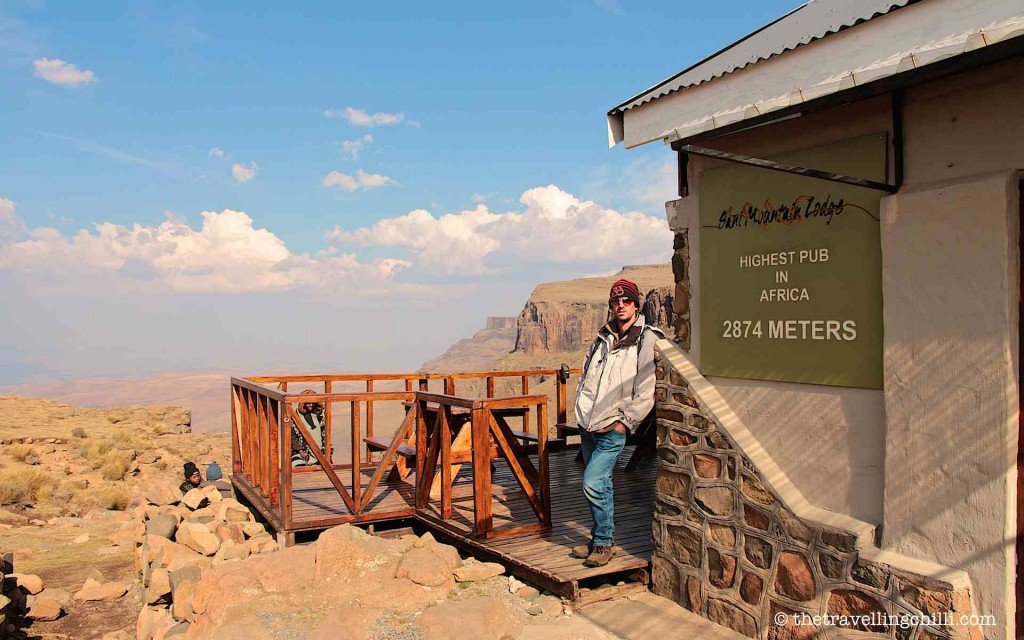 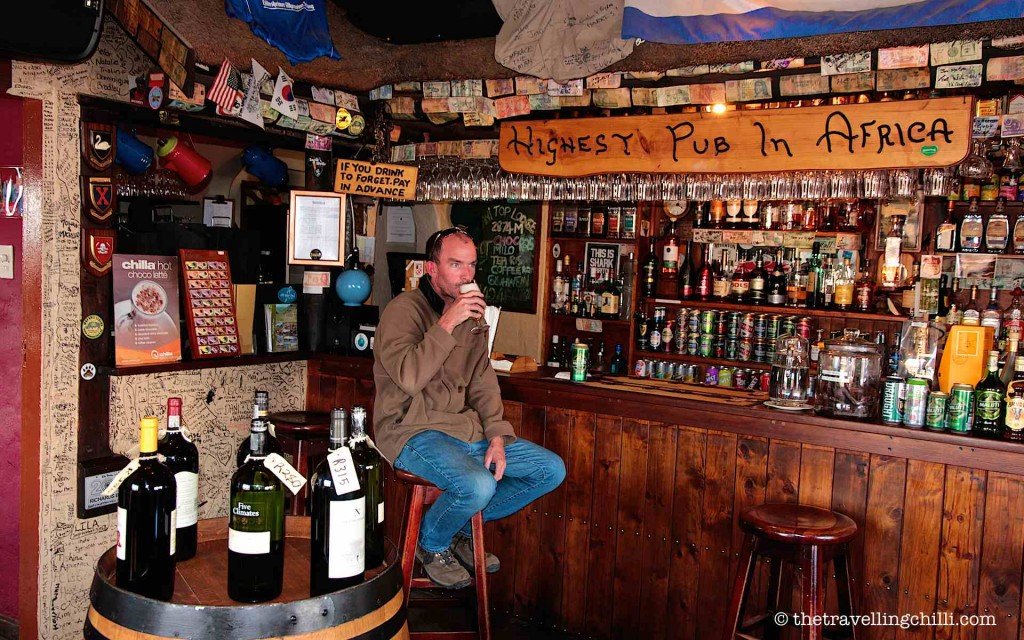 You would not immediately associate Africa with snow, but Lesotho is home to the highest ski resort in Africa. Afriski is situated at 3050 metres above sea level (The Travelling Chilli; 2015). 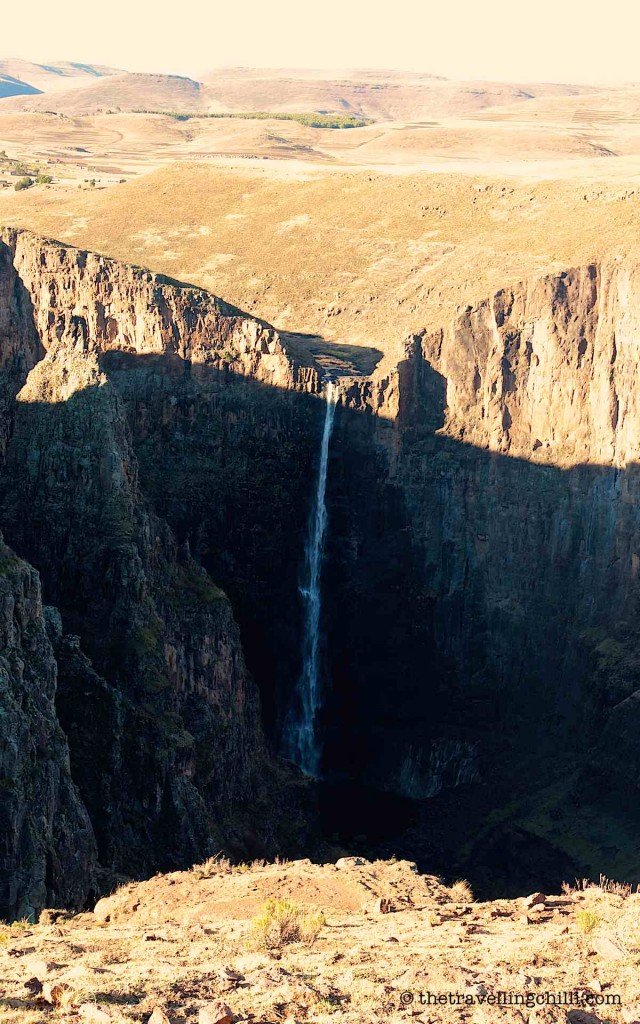 The currency is called the “Basotho Loti” (Maloti in plural) and is pegged to the South African Rand at a ratio of 1:1. The Rand is accepted freely everywhere in Lesotho, however the Loti is not accepted in South Africa (The Travelling Chilli; 2015).

Most of the roads in the country are gravel roads, some in good condition and some are challenging 4×4 roads. At the moment, many of the main roads are being tarred, but there are still interesting gravel roads to discover. Narrow gravel roads with potholes, with sheer drops along the mountains makes you drive at an average speed of about 10 km/hour.

The advantage is that you can enjoy the countryside that much more as well as having a look at the daily life of people. When driving there, we noticed that at times a horse would be faster than us in a landrover. Us driving on the “winding” road along the mountain and the horse with a normal pace walking across the mountain and we would arrive at the top at the same time (The Travelling Chilli; 2015).

When you visit Lesotho and come across any craft market, the first thing you will notice is a conical shaped hat, the Basotho Hat (or mokorotlo). It’s a fine piece of craftmanship, made out of grass. This hat is a recognised symbol of Lesotho and has the shape of many of the mountains seen in the country (The Travelling Chilli; 2015).

And last but not least, we noticed that the Basotho are very friendly people. When driving by, they will greet you, wave at you and will welcome you to their country. They have a very nice and open nature and will come and start a conversation with you(The Travelling Chilli; 2015).

Start With Us – Reach Lesotho AIDS and HIV awareness