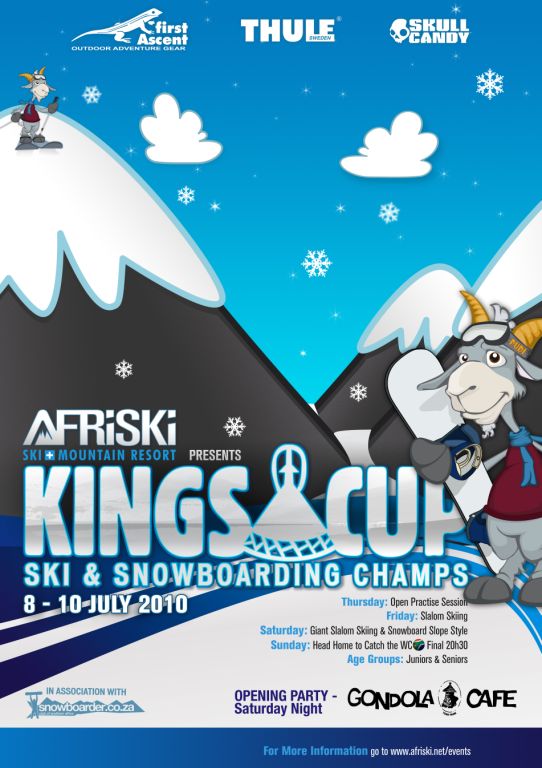 The King’s Cup, (in honor of King Letsie III) is the first big event on the local winter snow calendar. This is the 4th running of the event seeing some of SA’s hottest snowboarding and skiing talent take to the slopes with hosts AfriSki seeking to build upon the successes of previous years.

The more serious competition pits top local skiers and snowboarders against one another for top honors. The event includes an Alpine Skiing Giant Slalom and Snowboarding Slope Style event which incorporates a series of five park features including rails and big air.

Local Ski clubs are not left out in the cold and although the club championship title is the fun aspect of the event, it is also a sure sign that the popularity of these unusual winter pursuits is on the increase.

“Marta Jekot, defending girls champion commented on this year’s Slope Style competition, “I’m looking forward to Slope Style as the set up this year is even better than before, I can’t wait to hit the course. I’m also stoked to see more girl riders than in the past.” [slideshow]

Marta recently returned from Europe where she was competing on the FIS Europa Cup Snowboarding circuit. Marta had an incredible season and is currently ranked joint first in the Slopestyle discipline, an incredible feat for an African competitor.