The Drakensberg-Maloti Highlands are highly valued in southern Africa for their rivers’ excellent water quality and high water yield. These rivers provide water to large areas of South Africa. The region encompasses the whole of Lesotho, excluding the westernmost lowland areas as well as small parts of South Africa just south and north of Lesotho.

The Lesotho Highlands Water Project is one of the largest and most intricate construction projects currently underway in the world. The components included in the project tend to vary from one report to another but in general the total project was originally envisaged to transfer 70 m3/s from the upper portions of the Lesotho Highlands into the Vaal River basin thus supplying Gauteng with water.

After due diligence and a careful environmental impact assessment was concluded, the modern trout farming operation was started with passion and involvement of skilled aqua- culturists, investors and the local Ha Lejone village members. 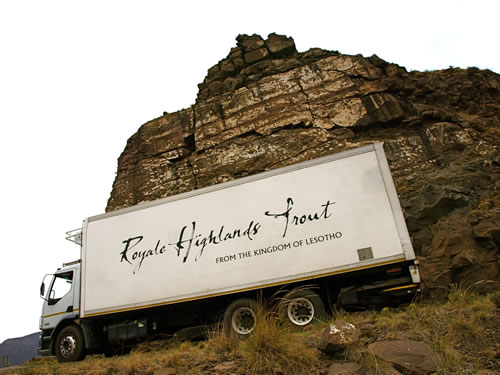 Royale Highlands Trout on the move

Fish farming plays a very important role in the development of the fisheries sector in Lesotho. The potential for aquaculture development has increased as a result of the current and planned water development projects.

“Fishing was never part of traditional life in this landlocked country of goat and cattle herders, but the Katse Fish Farm is opening up new doors.” The Honourable Monyane Moleketi (Minister of Natural Resources)

Due to differences in altitude Lesotho has two distinct fish farming zones. These are: the lowlands, where temperatures are relatively high, and the highlands, characterized by cold climatic conditions. Trout, like their salmon cousins in the Scottish Highlands, require clean and cold, well-oxygenated, fast-moving water at a high altitude, which is exactly what Lesotho’s Katse reservoir offers. It has proved so successful that there are plans afoot to start a hatchery there and eventually to grow the capacity to 1200 tons of fish (up from the current 300 tons produced each year).

Why fish farming? Global fish consumption has increased five-fold in the last five decades, resulting in aquaculture now being the fastest growing sustainable food production sector in the world. Global sales are estimated at $80 billion. This demand for fish cannot be met by natural fisheries and therefore the expansion of aquaculture in inevitable. The Aquaculture sector has set itself apart in global food production, due to its continued innovation and the lead role it plays as major component of the future green economy. Africa has superb natural and human resources, but the participation of Africa in the global aquaculture sector is lacking. The Katse project in the Lesotho Highlands can become a regional leader in aquaculture. 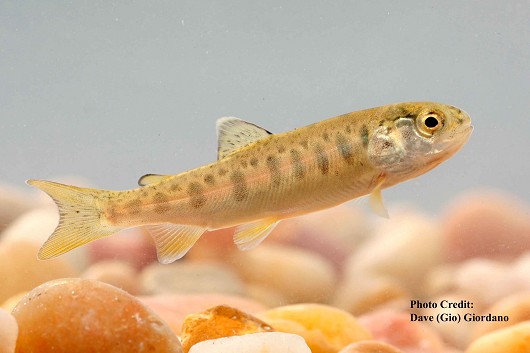 Trout eggs are hatched in the clear streams of the Franschhoek Mountains, then raised in the Lesotho Highlands, in the pure, cold, free-flowing waters of the Katse dam. These ideal conditions result in humanely farmed fish that are strong, lean, healthy and delicious.

The fry start their journey in Franschhoek at the Three Stream Salmon and Trout Farm.

“The fry will stay in the nursery cages for two to three weeks to get accustomed to the water and to grow to about 30 grams in size,” Gregory Stubbs explains. “Then they are moved to the large floating pens, where they will stay for about 12 months before returning to Three Streams Smokehouse to be processed.”

Transporting live fish (fry) from the lowaltitudes of Franschhoek, to altitudes over 3000 meters above sea level in the highlands of Lesotho has proved to be difficult. A total of 360,000 fry are transported to Katse using a system of four cohorts per annum, after it was discovered to be impossible to transport the full amount of fry in a single trip. A cohort of 100,000 fry would normally result in 80,000 harvest size fish of 1.3kg (104 tons production). 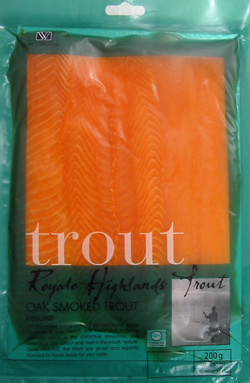 A happy by-product of the fish farm has been a major boost for subsistence fishing in the area. This is not only from escapees that now populate the dam but also because resident fish benefit from the regular feeding. Fishermen are now almost guaranteed a regular catch.

Cuisine of the Mountain Kingdom