Solly Motingoe and Samson Phupha spent 10 days in Lesotho in December, and there were lots of ups and downs to the trip.

It was good to see that there was fodder and feed available at some of the pounds and police posts.  Some places didn’t have feed, nor any water. Some of the horses had improved in condition, some had deteriorated, and some died. Solly and Samson spent a lot of time at Leribe, where four of the five police horses were lame.  They work in rocky, mountainous areas, and ideally need shoeing.  Thank goodness our staff have benefited from the World Horse Welfare courses in farriery, and were able to help.

Local horse and donkey owners welcomed us with open arms, they are so grateful for advice and assistance it brings tears to your eyes!  “Magic Toothpaste” (de-wormer) was dispensed, and feet attended to.  Second-hand tack donated by our supporters was given out to the owners – thank you people, it makes a world of difference!

Our sincere thanks to our supporters, without whom we would not have been able to assist in Lesotho in 2012 – your donations of tack and financial support have been invaluable.

Special thanks to The Hummingbird Foundation, MS&D Foundation, Francis Garrard, and  of course World Horse Welfare – your generosity has helped more than you will ever know. 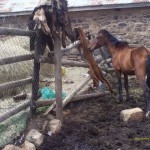 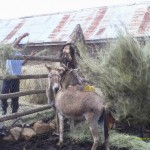 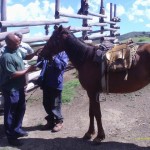 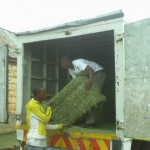 Now – onwards and upwards – 2013 is going to be the year of CHANGE FOR THE BETTER in Lesotho!

First Ski Trac to be in the Mountain Kingdom