A Disaster was narrowly averted in Ts’ehlanyane National Park on Saturday (26 September 2010), as a major veld fire swept through the Park, narrowly missing the Maliba Mountain Lodge. Details are unclear as to the exact origins of the fire, but it is believed to have been started by a group of local villagers wanting to use the Soccer pitch that is situated within the Park.

The Park has had typical weather for August-September, with late winds and little rain fall. The very dry prevailing conditions of the park’s vegetation, together with strong winds proved the perfect mix for disaster, fanning the fire on its destructive path.

Although the burning of fire breaks forms part of the Parks yearly fire prevention activities, the fire-breaks proved ineffectual in preventing the rapid spread of the blaze. Out of control fires are rarely controllable even with a collective effort by many individuals. 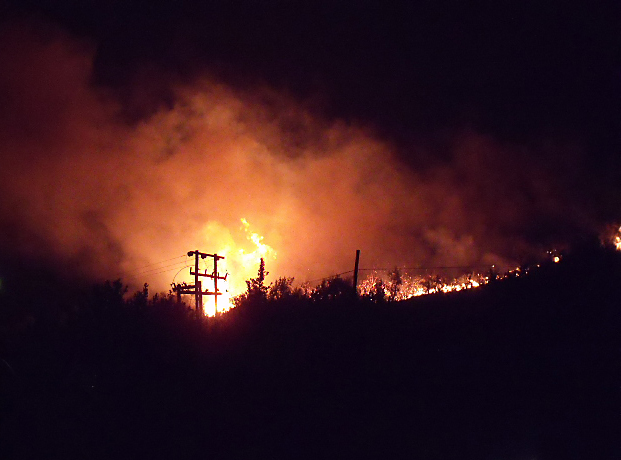 For four straight days, staff, guests (Mr & Mrs Govender and Scott Wilson), local villagers, police and army personal from the local Khabo base, fought to save the lodge and other park facilities from the hungry flames. It was a frantic and stressful time for those involved and has caused significant damage to the parks vegetation. Locals say that this was the worst fire in living memory to have affected the area. 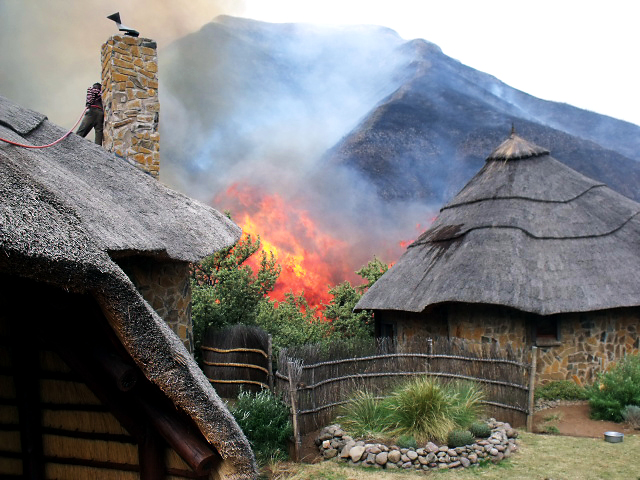 About 90% of veld fires are started by humans, the other 10% of fires are started by natural occurrences such as lightning. About 70% of Southern Africa’s ecosystems are adapted to a greater or lesser extent to the presence of fire. “Unnatural” fire, on the other hand, results from the intervention of humans and purposeful or accidental ignitions. It is these type of wildfire which are the most damaging and which sow widespread destruction throughout Southern Africa. – Dwaf.gov.za 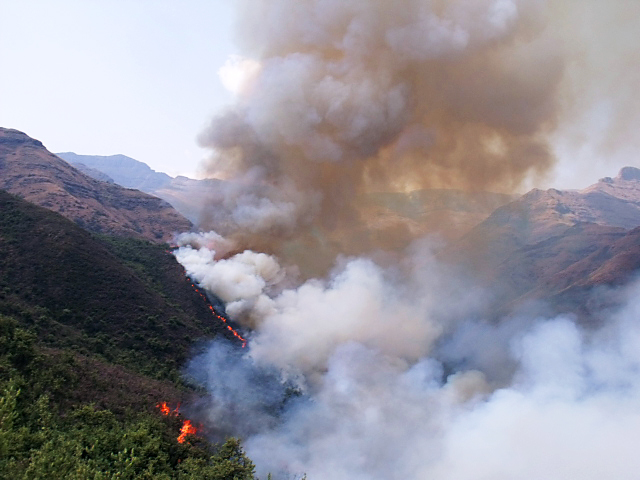 Maliba Lodge would also like to pay a special thank you, to both Minister Lebohang Ntsinyi (Minister of Tourism) and Stanley Damane (Director of NES), for coming out to Ts’ehlanyane to monitor and assess the devastation.

Stanley Damane in particular must be thanked for his forethought in summoning the fire brigade who greatly assisted in controlling the fires around the lodge’s infrastructure.

As you may well know, the Ts’ehlanyane National Park was home to one of the finest examples of Che-che (Ouhout), woodland, with a number of rare undergrowth plants that are unique to this woodland habitat. On the banks of the rivers and streams are stands of “berg bamboo” in addition to a very rare mountain “fynbos” that doesn’t occur anywhere else in the world. The diversity of habitat types is exceptionally high and derived from the large altitudinal range that the park has. 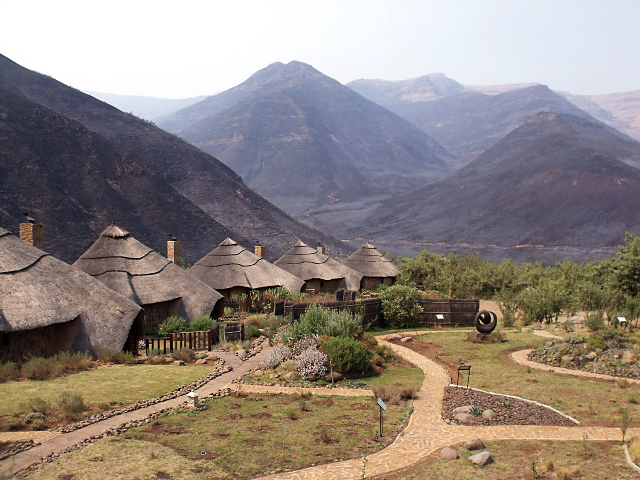 A Large area of the park has burnt which has affected many of the walking trails but with the destruction of fire, comes a rebirth of the landscape. With the current rains the park is experiencing it is expected that there will be a rapid rebirth of the parks flora and it should be a great time to view wild flowers and other unique features of the park that will be more accessible than ever. The park is still a great place to visit.

The lodge suffered some minor property loss as a result of the fire. Apart from three staff quarters and some damage to the water storage tank, the lodge escaped remarkably unscathed. The lodge remains open for business as usual.

If you have any queries or concerns, please Maliba Mountain Lodge and we’ll be happy to get back to you at the soonest possible time.