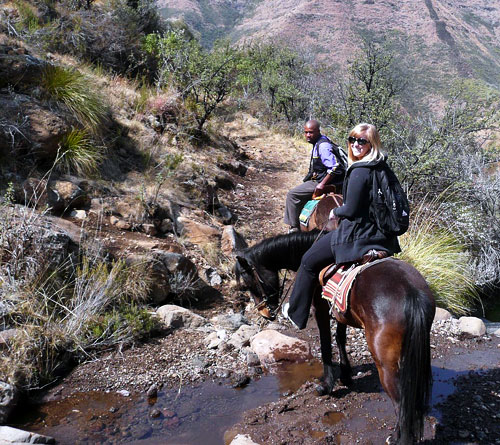 The horse is a source of pride in Lesotho and the Basotho are renowned as a nation of horsemen.

For generations, the sure-footed Basotho pony has been bred as the ideal form of transport in the rugged mountains. Even today, the pony is still the most effective means of reaching the more inaccessible mountain villages.

Pony trekking holidays on the hardy Basotho ponies are immensely popular and a fantastic way of exploring Lesotho’s beautiful rugged terrain as the bridle paths that criss-cross Lesotho are barely wide enough for vehicles but the ponies effortlessly dodge obstacles and loose rocks.

The oldest Sesotho word for horse is “khomo-ea-haka”, which means “livestock called haka” (Hacqua is Khoi for horse). There is no original word in Sesotho for horse, and by the 1950’s the word “pere”, derived from the Dutch and Afrikaans “perd”, was common.

The ponies (only about 14 hands high) are renowned for their stamina, surefootedness and gentle nature. The hardiness of the ponies is attributed to the fact that the Basotho don’t pamper their horses. In order to survive the harsh environment, the Basotho Pony developed particular genetic characteristics such as the ability to endure extremes of temperatures and live on variable quality grazing. It developed thick-walled hooves to negotiate the mountain terrain, an ability to triple (tripling is a two-time lateral gait, slightly faster than a trot, in which fore and hind legs on the same side work together), a relatively docile temperament, intelligence and good speed.

Most horses are descendants of the Cape boerperde (Javanese horses of a strong Persian and Arab strain) that King Moshoeshoe “the Great” and his Basotho subjects traded, bought and occasionally stole in the 1830’s. By the early 20th century the breed has almost disappeared due to exportation and crossbreeding.

The 1899-1902 Anglo-Boer War saw 30,000 Basotho Ponies sent to war and the post-war gelding of horses belonging to the losing side. The breed rapidly deteriorated and numbers dwindled due to cross-breeding, the 1902 blizzard, illnesses, and poor management of the breed. By the 1950’s the breed was facing extinction and a 1975 study show the marked effect of cross-breeding on the Basotho Pony. 8 May 1973 was when Ireland decided to establish the Basotho Pony Project and with cooperation with Lesotho developed the National Stud (Thaba-Tseka) in 1978. 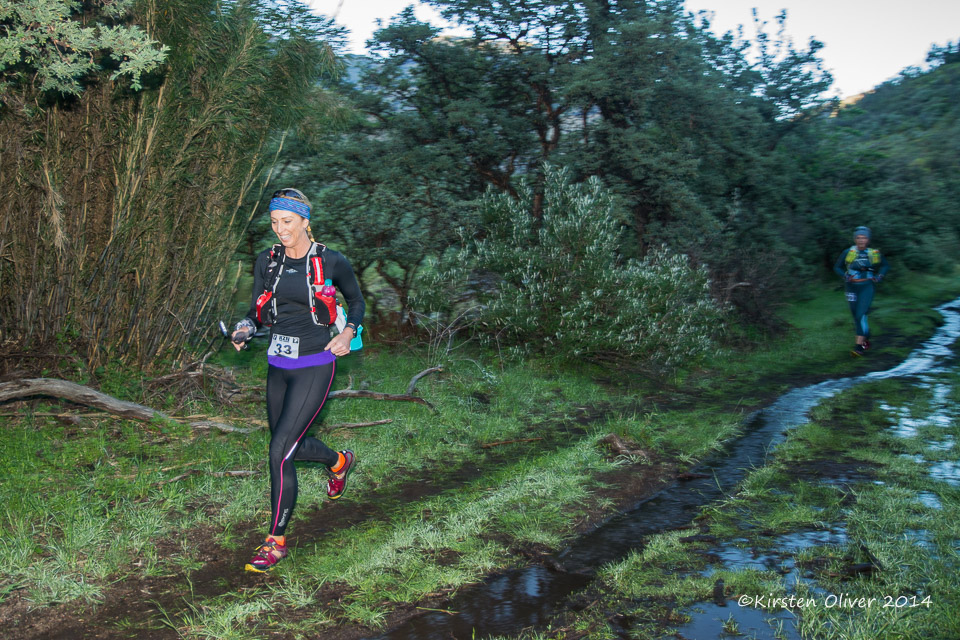 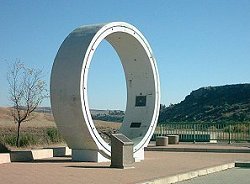