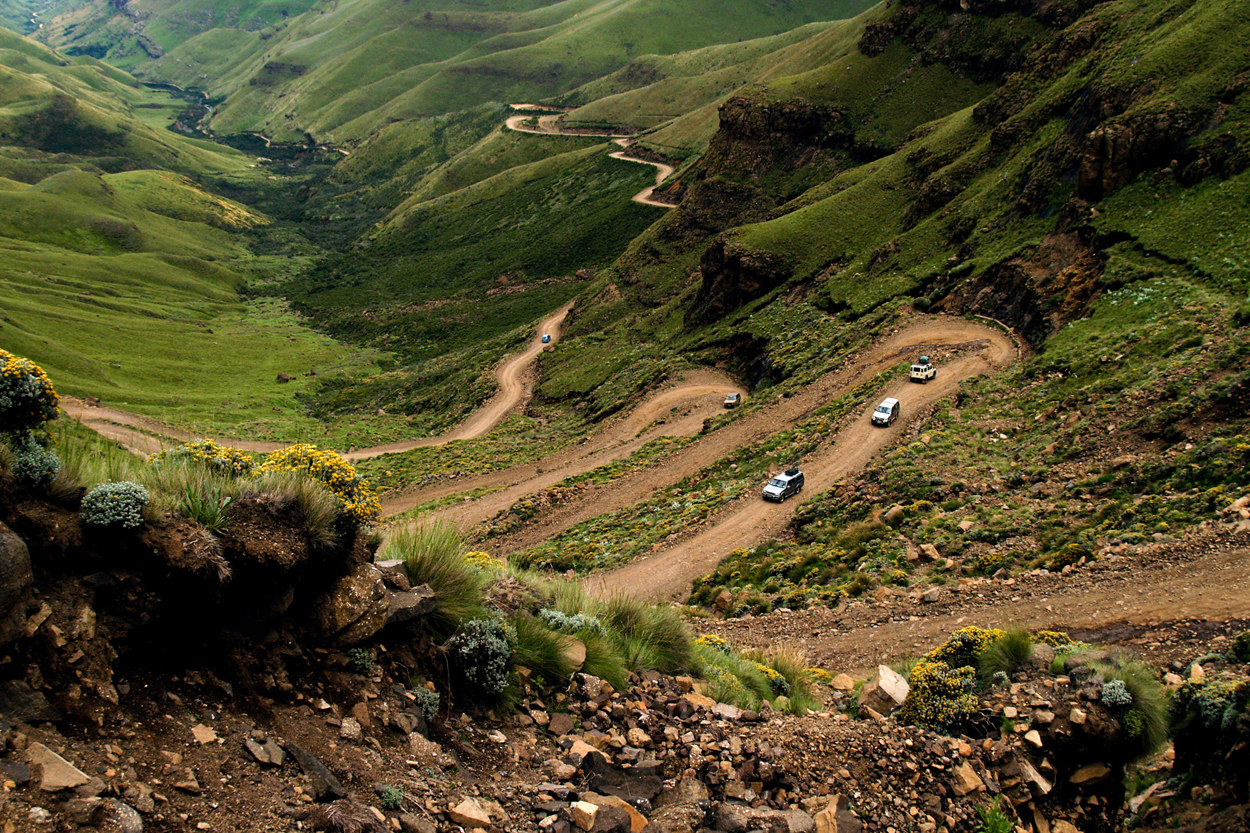 As most Lesotho adventure travelers are aware the Sani Pass is a must do on their travels around this little known country. Sani Pass is the only access from KwaZulu Natal to the Lesotho Highlands, the domain of the endangered Bearded Vulture, Basotho shepherds and their animals.

This steep zigzagging pass climbs the face of the Drakensberg escarpment to an altitude of 2874m. It’s generally not a difficult drive in any modern 4×4 vehicle and is a wonderfully scenic drive, if the weather plays its part.

The Sani Pass was originally developed as a bridal path in 1913 which was primarily used as a trade route between South Africa and Mokhotlong. All goods were carried by pack mule.

The drivers usually had spare beasts on hand to replace any laggards that they’d push over the edge after shifting their loads to the reserves. In those early days Sani was easily identifiable from afar because of the vultures and Lammergeiers that circled above awaiting their next meal.

The Sani Pass was opened in 1948 by an ex Spitfire pilot called Godfrey Edmonds, who On the 26 October 1948, aided by labourers armed with ropes and assorted blocks and tackle, manhandled a war-surplus Jeep up the path in an exercise that took about six hours.

For those ardent Land Rover fans out there, Alwyn Bisschoff drove the first Land Rover up Sani Pass in 1952. “Alwyn had no doubts that if a Jeep could do it, so could a Land Rover.”

In 1955, David Alexander and friends began constructing a road for their Land Rovers, so they could create a trade route between Himeville in KwaZulu-Natal and Mokhotlong in Lesotho. So the Mokhotlong Mountain Transport Company was created, and the Pass which it made famous. Sani Pass had at last been conquered by the wheel, and five years later the Mokhotlong Mountain Transport Company began running eight-ton 4×4 freight trucks up and down the pass, which was nowhere near as user-friendly as it is today.

A simple inn was built at the top to give shelter to travellers. You get warm beds, good food and “the highest pub in southern Africa“. 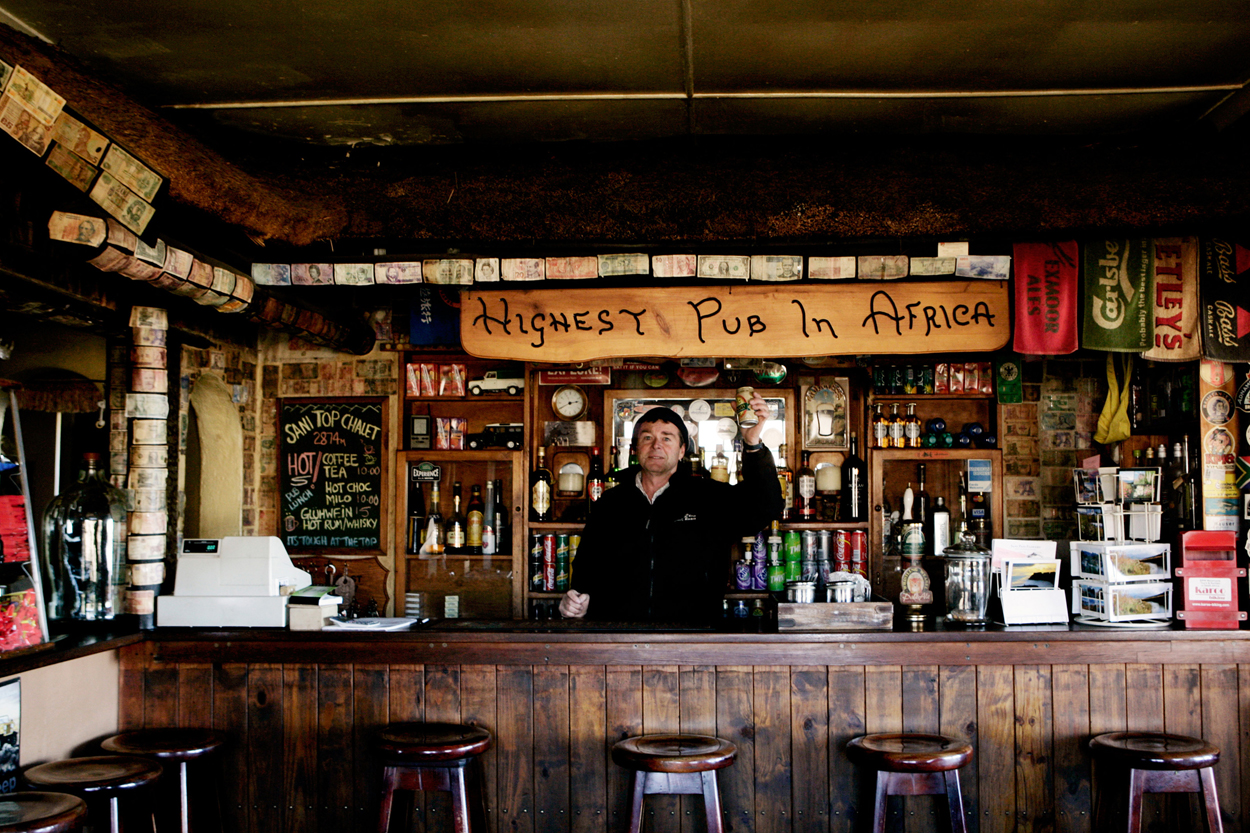 In 1994, when the access road from Mokhotlong to Butha-Buthe was tarred, the heavy traffic stopped using the pass all together.

Today is very different from those early years. The pass is mainly used for recreational purposes by hikers, cyclists, motorcyclists and 4×4 enthusiasts and to ferry migrant labourers between Lesotho and South Africa.

While South African immigration (RSA border post +27337021169) at the bottom of pass prohibits vehicles deemed unsuitable for the journey (only 4×4 vehicles allowed), the Lesotho border agents at the top generally allow vehicles of all types to attempt the descent.

It has the occasional remains of vehicles that did not succeed in navigating its steep gradients and poor traction surfaces, and has a catalogue of frightening stories of failed attempts.

The Border between the two Countries closes at 4:00 pm every day and the Pass is often closed due to weather conditions, especially during winter when an icy layer covering the road can be especially treacherous, evoking feelings of apprehension within drivers. 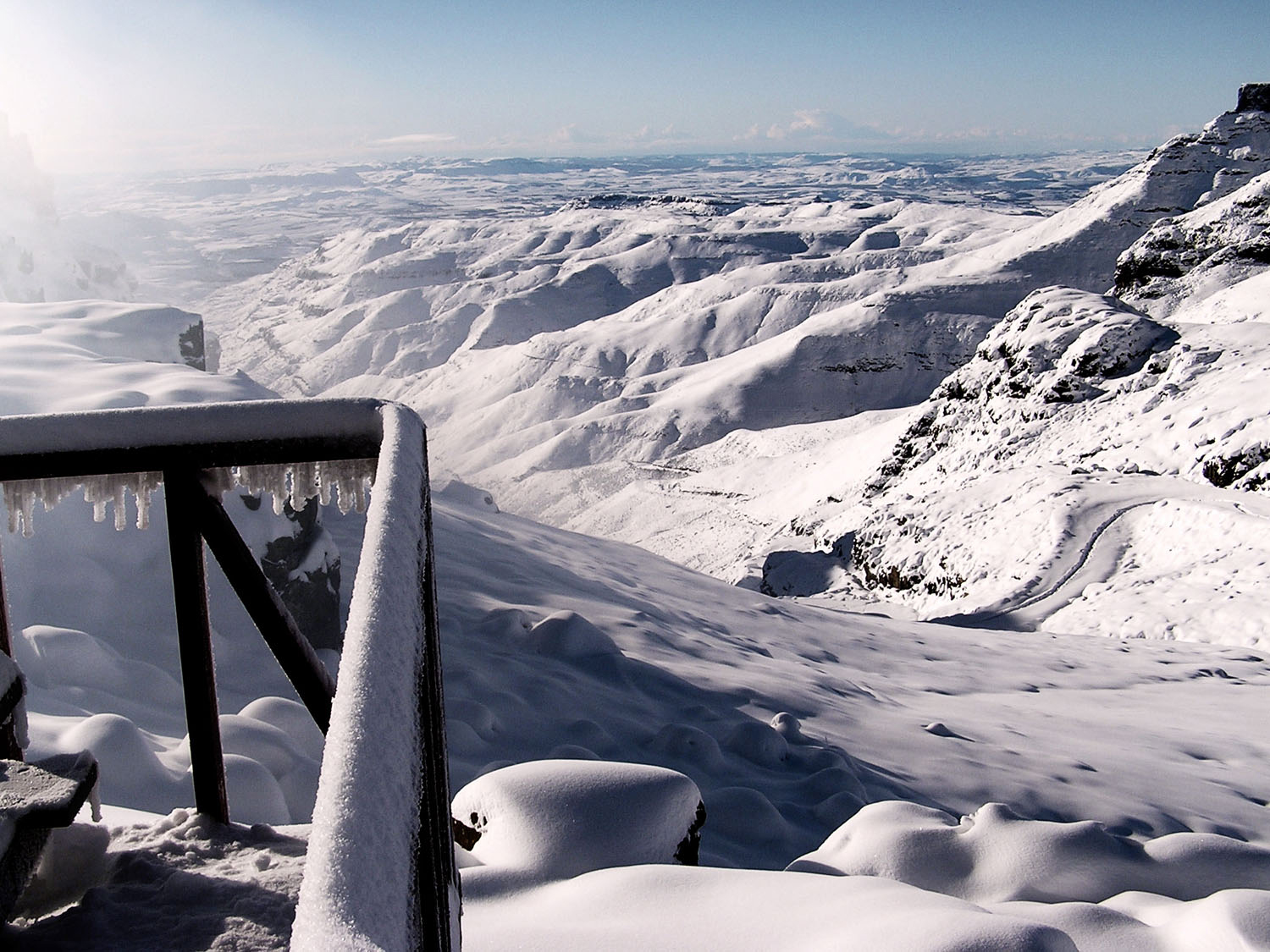 A big thank you to Jonathan (Sani Top Chalets) for his contributions to this article. 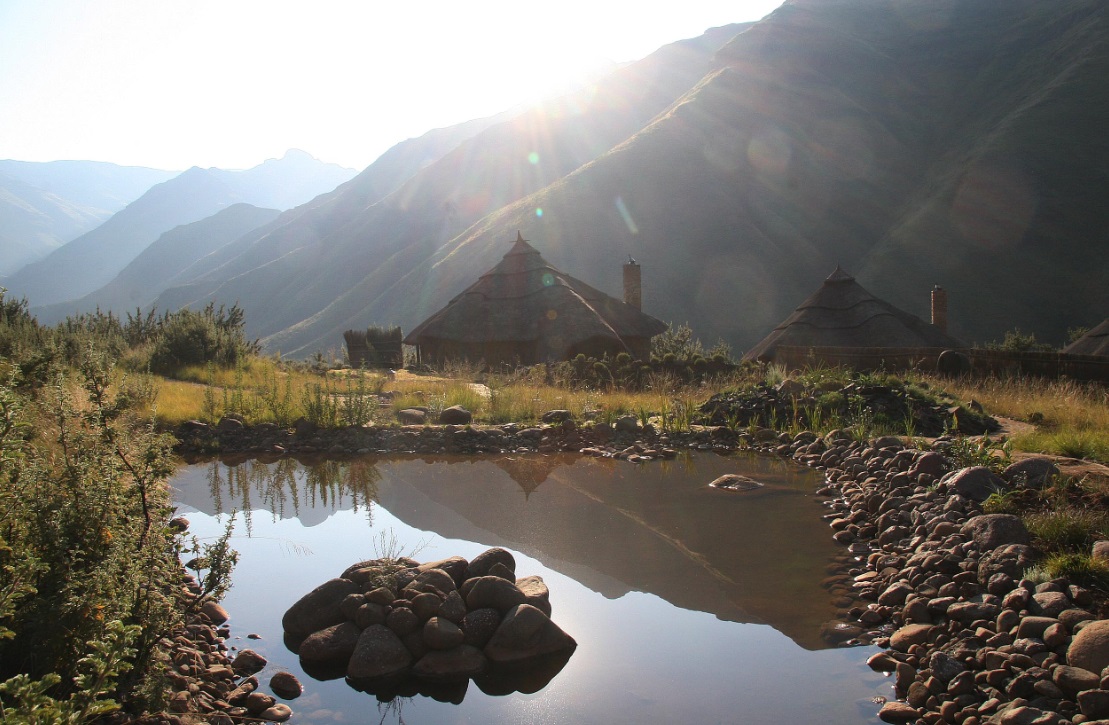 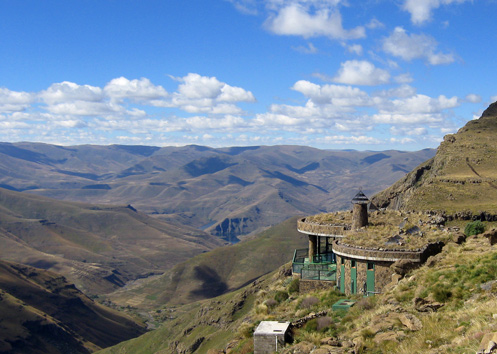