There has been much talk about the rather ominous yet extremely well reviewed Lesotho Sky recently. After its 4th successful event just a few weeks ago, entries to the event will open on 07 October 2014.

We are excited about opening entries again, it is exciting to see who comes back and which new names take up the challenge of coming and riding 6 awesome days in the Adventure Kingdom.

6 days of technically oriented truly awesome riding through the little-known “Kingdom in the Sky”. Together with the friendly people, great culture and amazing mountains, Lesotho is making a name for itself in the Mountain biking world.

I have ridden in a lot of places, all over the world. This is still, hands down, the best single track I have ever ridden…

Robbie Powell after the 2014 edition of the Lesotho Sky

Community development is at the heart of the Lesotho Sky Race. Since last years race, the Lesotho Sky Event is affiliated to the International Cycling Union (UCI), the governing body for cycling sports in the world. The Lesotho Sky Event supports 5 qualifying events in Lesotho throughout the year, through which the best 7 Basotho riders qualify for a fully sponsored entry to the Lesotho Sky Race. They then chose a partner and represent a corporate sponsor from Lesotho. All riders from Lesotho that have qualified for the race, have the opportunity to earn UCI points, which helps them to improve their personal as well as their country’s ranking. It is due to this development that Lesotho recently overtook Namibia in the UCI Mountain Bike Ranking and is now ranked 2nd in Africa, behind South Africa. Globally Lesotho is ranked 31st, ahead of countries like Greece, Denmark and Finland. Co-sponsored by Swiss-Bike-Tours the Lesotho Sky Event will send the winning Basotho team of the Lesotho Sky 2014 event to partake in the Craft BIKE Transalp 2015 edition. 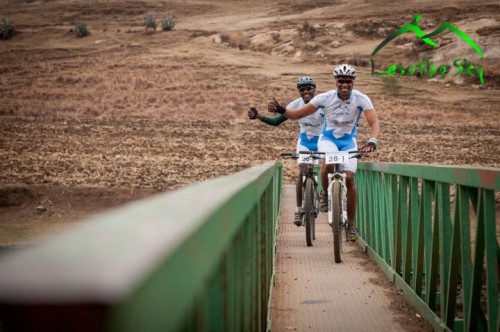 The official charity partner of Lesotho Sky is Sentebale, a charity founded in 2006 by Prince Harry and Prince Seeiso from the royal family in Lesotho. With offices in Maseru and headquarters in London, Sentebale is an organisation of global dimensions. Sentebale works in partnership with locally run organisations, government ministers and chiefs to provide healthcare and education to vulnerable children and orphans in Lesotho. As of 2014 individual and corporates are able to buy charity entries to the Lesotho Sky Race. The proceeds of this entry go straight towards Sentebale‘s projects in Lesotho. The first company to purchase a charity entry to the Lesotho Sky 2014 was SABMiller through their subsidiary in Lesotho, Maluti Mountain Brewery (MMB). Thanks to our charity sponsor as well as the generous donations from riders and crew during the past event, Lesotho Sky managed to raise R114,500 for Sentebale.

The funds will go a long way towards helping us to provide care and support to many more vulnerable children through the build of the Mamohato Children’s Centre, currently under construction in Thaba Bosiu. We are excited about this partnership and look forward to more opportunities with Lesotho Sky.

Some more details about the event:

Only 60 teams get to ride the Lesotho Sky 2015. Guaranteed are the best 6 riding days of your life, with 344km distance and climbing just short of the height of Everest 8600m.

Where do I stay? 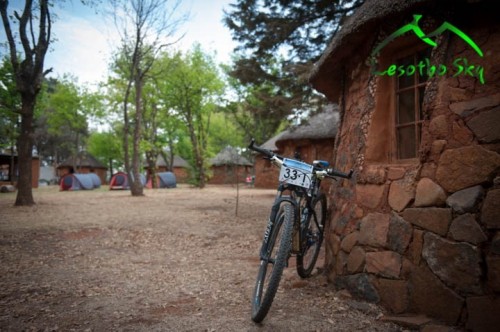 The event offers 2 forms of accommodation:

Tented: the value option where you and your partner each stay in your own tents (mattresses provided)

How do I enter?

Fill out the online entry form:

Check out the clip from the Last day this year:

What are you waiting for? The 5th edition of the Lesotho Sky looks to be the year to do it. My guess is that it will sell out very very soon.