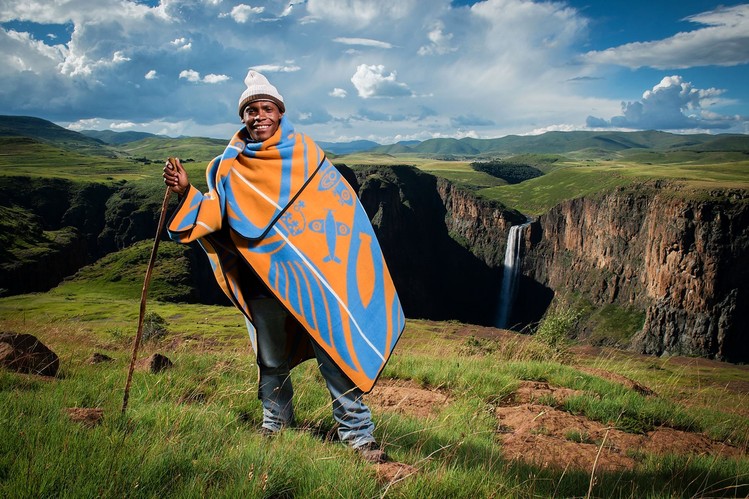 Basotho blankets, a traditional cover-up in Lesotho, are being refashioned for modern tastes. Above, the blankets come in some fanciful designs and colours. Aranda Blankets

Many travellers to southern Africa don’t expect to encounter cold weather. But a trip here in July—winter in the southern hemisphere—prompts many visitors to head to Ntemi Piliso Street in downtown Johannesburg, known for its shops selling warm, woollen Basotho blankets.

Basotho blankets, a southern Africa winter mainstay, are winning some international attention in the fashion world. Lesotho-born designer Thabo Makhetha, who is 26 years old, makes a series of women’s capes and jackets from the blanket. Elle magazine’s editor for South Africa wore one of Ms. Makhetha’s designs, a black and white shoulder cape, to the Louis Vuitton Paris fashion week show this year. 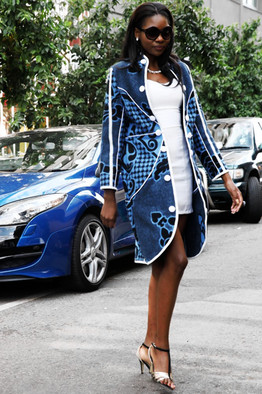 U.S.-based retailer Anthropologie has stocked the Basotho blanket. And a Cape Town boutique, run by New Yorker Sean Shuter, has started to design bomber jackets from the blankets.

Locally, Basotho blankets are often worn to ward off the cold in the mountainous country of Lesotho, which sits inside South Africa. Men typically wrap the blankets like a cape, while women fold the thick wool from the back around their shoulders or around their waists.

Both beautiful and functional, Basotho blankets are given away as gifts at weddings or at initiation ceremonies for boys and girls entering adulthood. The King and Queen of Lesotho are regularly photographed in the blankets, which take their name from the nation’s people.

There are light pink blankets with turquoise stripes and heart patterns, and others in powder blue with golden yellow images of corn, which symbolizes wealth and fertility. South Africa’s platinum miners, many of whom hail from Lesotho, seem to favour Basotho blankets that are blue and black with red stripes. 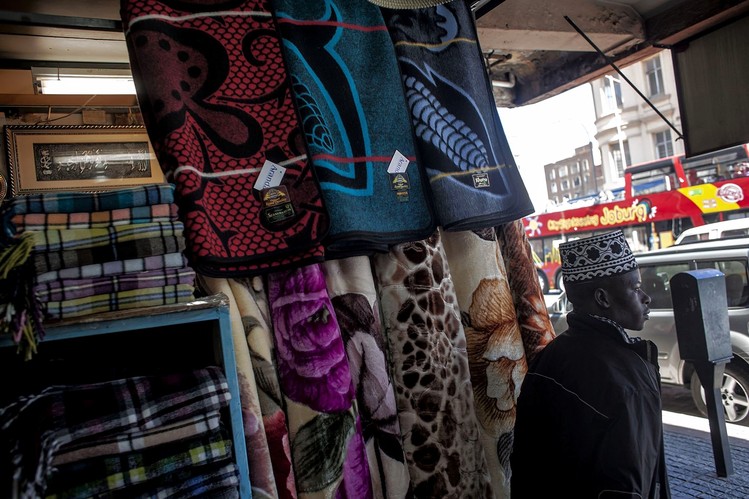 Despite the large role Basotho blankets play in daily life here, the blankets were actually introduced by the British in the late 19th century, when Lesotho was a British protectorate. As the blanket gained in popularity, British textile manufacturers started to design patterns and colours specifically for the Lesotho market, with the help of the African region’s Royal family, under what became known as the Victoria England brand. 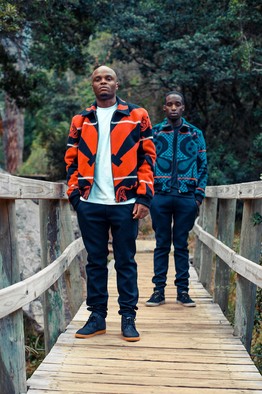 Aranda’s factory outside Johannesburg looks like a mini Italian villa with its tan main building and large staircase leading to the entryway. The company makes around 200,000 Basotho blankets a year amid total production of nearly two million blankets, sold mostly to local retailers.

Aranda works with designers to modernize the blanket for younger buyers. Tom Kritzinger, Aranda’s head of sales and marketing, says the company recently introduced new colors for some of the blankets made specifically for the fashion community. New designs are introduced regularly to supplement the originals, often with consultation from Lesotho’s Royal Family, Mr. Kritzinger says. The wool is spun and died locally.

A visit to Ntemi Piliso Street is a feast for the eyes. Blankets of various designs and quality tumble out from shop after shop. There are cheap acrylic blankets made locally and others imported from Asia. Faux silk bed sets crowd the windows.

I stop at A. Moosa Blankets, which almost always has a line out the door as shoppers wait their turn to enter the shop. Once inside, I head for the back wall, where a rainbow of Basotho blankets fill the shelves from floor to ceiling.

I make my selection: a pink version of a Basotho blanket called the Seana Marena, which means the king’s blanket and comes in a few different colors and patterns. The one I select has hearts and blue lines cutting through patterns that appear to twirl around the blanket. It was originally only made for the Royal Family and to be worn by kings. It feels heavy wrapped around my shoulders.

Another customer, 59-year-old Brigette Mokoena, eyed a blue Khotso model of the blanket, which costs less because it is made with less wool. The name means peace in Sotho, her language, she says. Her selection is blue and black with red lines and a pattern of spade shapes.

“I’m going home to Lesotho and I want people to see I am a proud Lesotho woman,” Ms. Mokoena says. “Also we need this blanket. That country is cold.” The History of the Basotho traditional blanket