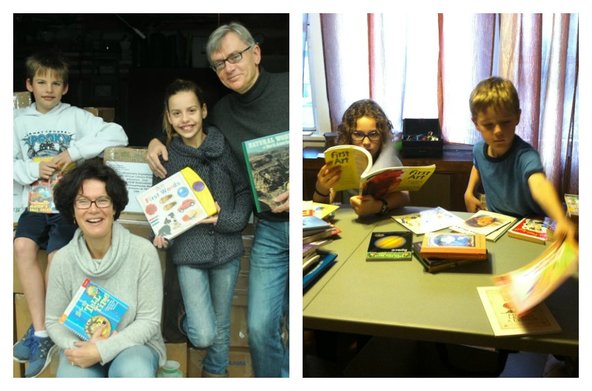 Assisting in a charity has the potential to provide remarkable teachings and value to children.

Christel Hyden: We’re in the process of shipping almost 3,400 books to start libraries at three schools in Lesotho. My 9-year-old daughter, Leah, 7-year-old son, Daniel, and I just wrapped up a phenomenal fall with the African Library Project (New York Times; 2014).

The African Library Project has set up a system where you can start a school library in Africa just by collecting 1,000 to 1,200 books and raising $500 (about $250 is media rate U.S.P.S. postage to send the books to a warehouse in New Orleans, and $250 is for cargo shipping overseas to the partner sites) (New York Times; 2014).

Our journey started last July when a viewing of the documentary “Girl Rising” led to discussions about the importance of literacy and access to education. We were still engaged in that conversation in late summer when we saw a Facebook post from A Mighty Girl about the project and everything clicked about how we could take action (New York Times; 2014).

In August we signed up to build a library and by November we had so many book donations that we ended up building three libraries, and a friend of ours built a fourth after she collected so many books for us that we encouraged her to sponsor her own site (New York Times; 2014).

Here’s what we loved about this project:

1. It got them thinking globally, about the fact that their experiences don’t always generalize to the rest of the world, and about their role in improving things. We were assigned to schools in Lesotho, and they also learned a ton about a country they hadn’t heard of before. And midway through (when there seemed to be boxes of books everywhere), Malala won the Nobel Peace Prize and the children took that as sign from the universe that education is worth fighting for and that children really can change the world (New York Times; 2014).

2. It let them flex a lot of different skill muscles such as working on materials like our promotional YouTube video (almost 300 views!) and our fliers; learning how to speak to others to promote the project in a clear and compelling way; keeping everything organized; and working really hard as a team to sort, count and pack the books (New York Times; 2014).

3. It’s extremely tangible. Knowing that the books that were in our house would go to three specific schools definitely helped with the sense of excitement and connection with the project, as did the fact that they’re reaching out to children their same age (New York Times; 2014).

4. It let them practice a philosophy of giving that goes beyond the donation of things you’ve outgrown and/or are no longer interested in. I was thrilled to see books donated by Leah that were some of her absolute favorites, and to hear her tell me things like, “I donated one of my favorite books about animals because I’m hoping somewhere in Africa is another little girl who also loves animals who will find this book in her new library and realize it’s perfect for her, too.” (New York Times; 2014)

It was also a really great project for our immediate and extended community of families, where so many parents were eager to make shelf space and do good all at the same time. My son’s second-grade class ended up taking it on as a project, and other parents said they had also used the libraries as a chance to talk geography, education and charity with their kids as they chose together what books to donate (New York Times; 2014).

As for me, I loved the logistical (and moral) support I got from the Project. They provided so many resources, from an easy-to-edit personal book drive webpage to logos and document templates and clear step-by-step instructions for every part of the process. They even created shipping labels for all of our boxes(New York Times; 2014).

From the Vercruysse-Vandeputte family (written by 13-year-olds Olivia and Alec): Our all-time favorite charity is the African Library Project (New York Times; 2014).

Our interest and involvement started by coincidence: Mom and the founder of African Library Project, Chris, worked out together first thing in the morning in our small community, and became friends. After the workout, at breakfast, Mom would tell us (twins Olivia and Alec, 9 years old then) all about the organization her friend was running. The African Library Project is an organization that starts school libraries in rural Africa by setting up book drives(New York Times; 2014).

It did not take us very long to realize that we could start a book drive ourselves. In 2010, the four of us in our family organized our first book drive by collecting 1,000 gently used children books and raising $500 to set up a school library in the Mpatloane primary school in Lesotho(New York Times; 2014).

We posted, mailed and emailed fliers to announce our book collection effort. To raise the funds needed to ship the books to Lesotho, we set up lemonade stands and waffle booths. Additionally, we set up a catering “business” specializing in Belgian treats (because our parents are from Belgium)(New York Times; 2014).

The book collection effort included packing up the books from donors, friends and family, sorting the books to make sure they were age- and culturally appropriate for the school that would receive them, packing the books to guarantee they would arrive in impeccable status, and taking them to the post office. The books were all shipped to New Orleans from which they left on a freight container to Africa(New York Times; 2014).

We could not have taken on this project without the excellent support of A.L.P. They helped us with our website, assigned us the school in need of the books, and took care of the logistics to get the books to their destination(New York Times; 2014).

The African Library Project has become an organization close to our hearts. As of today, we have shipped 22 libraries, and we keep going. This project benefits the world as this is true recycling, not mere recycling of materials. In our area, books are taken for granted. We have free access to books through a great library system, and we have the luxury to own books. As a result, including in our own home, so many enriching books in good condition sit unused, and, often, end up in paper recycling. The project revalidates these books at low cost: there is no overhead, and there is no waste of effort or financial resources(New York Times; 2014).

Our volunteer work obviously benefits the many towns and villages in African countries deprived of any books. Literacy is a necessary condition to free oneself from poverty(New York Times; 2014).

This initiative benefits our community as it brings us together. Everybody likes this project. Most families with children have books they love to see in a good home and have been donating. Friends without children help with the shipping costs(New York Times; 2014).

Finally, this project makes us all more aware of the stark differences between the haves and the have-nots, and gives us a way to bridge that gap(New York Times; 2014). 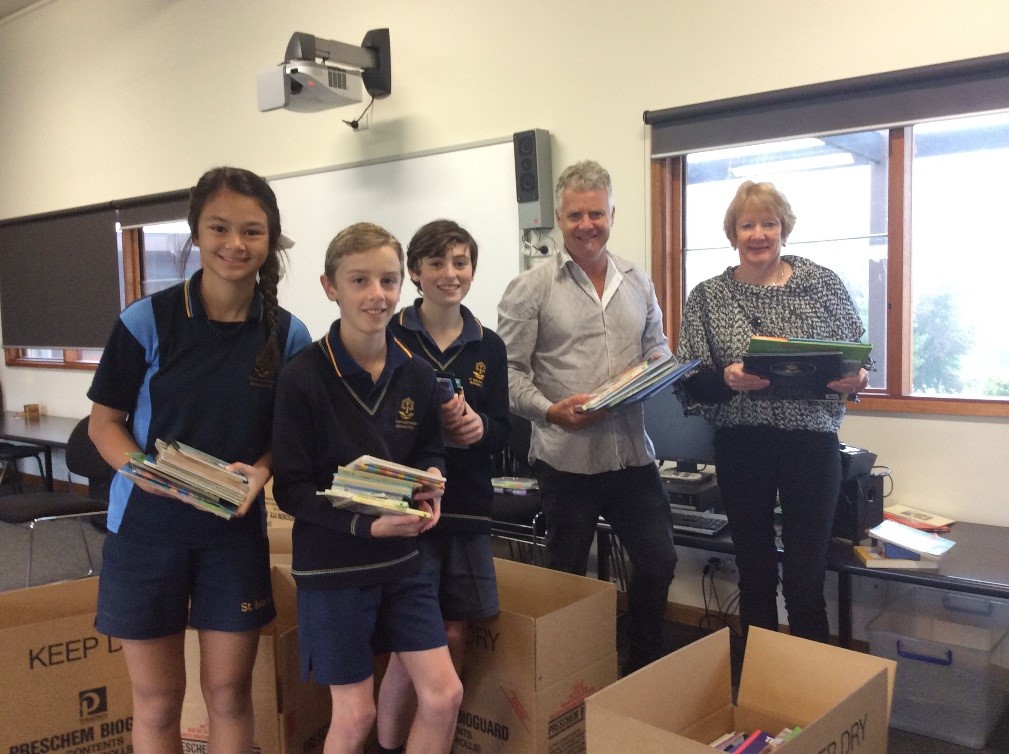 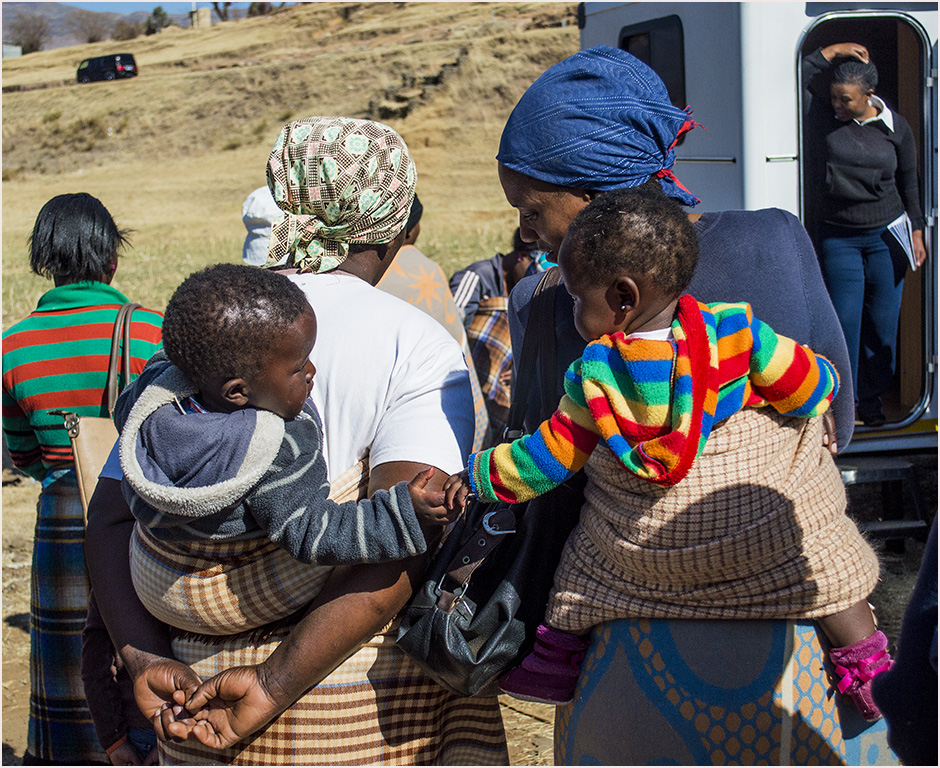 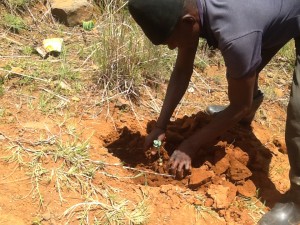