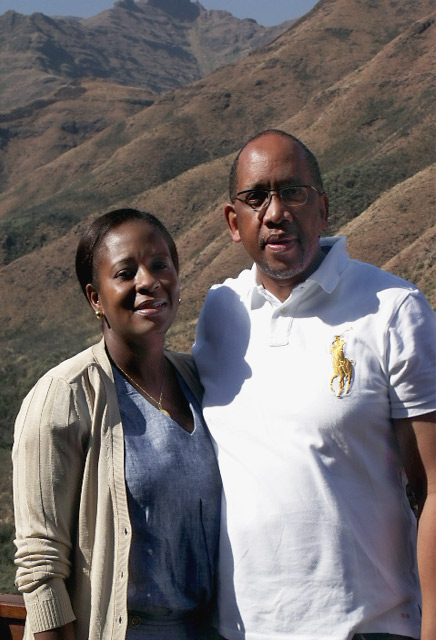 It’s not every day that a member of the Royal family of Lesotho visits Maliba Mountain lodge, however each visit is a very special one and lives long in the memory.

Kokonyana “Juliet” Nkopa, reflects on what it means to welcome Prince Seeiso and his wife Princess Mabereng to Maliba Lodge.

“I am very happy because I really wanted to meet him face to face, and he is very good to Basotho people especially the orphans, he usually gives them the presents. This also shows that he hasn’t forgotten about us here at Maliba Lodge, as this was his second visit. I was nervous to go to him, but because of his friendly appearance it was easy to talk to him and to serve him as well. I would really like to see him again with his children.”

Prince Seeiso Bereng Seeiso of Lesotho is the younger brother of King Letsie III. He is currently based in the United Kingdom, where he is Lesotho’s High Commissioner in London.

Indeed this was the second visit the Prince has made to Maliba, since he attended the official opening on 11 September 2008.

Prince William and Prince Harry dance with Prince Seeiso during a visit to an event organised by the Mamohato Network Club in Maseru for children suffering from HIV / Aids Photo: PA

As far back as 2004 Prince Harry and Prince Seeiso have been working together in response to the plight of the neediest of Lesotho’s people – its orphans and vulnerable children.  Sentebale (Meaning “forget-me-not” was chosen to honour both their mothers, Queen Mamohato and Diana, Princess of Wales charity work) was inspired as a result of the two Princes friendship, after Prince Harry spent part of his gap year working as a volunteer on a number of local welfare projects as a guest of Prince Seeiso’s. They have both pledged a lifetime commitment to this cause.