This past Saturday, 10 September 2011, on a beautiful sunny day, set in the highest country in the world, the Tasol Race to the Sun started at the Likileng State Secondary school in Butha Buthe. 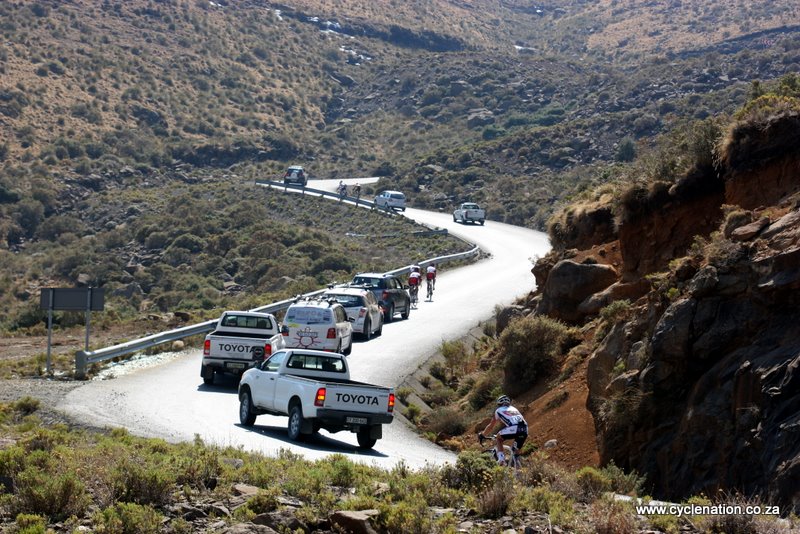 The race split up soon with 6 riders going out in front.The teams that was represented was ASG, Bonitas, Tasol Solar and UCI Africa team, the group worked together until 2 of the UCI Africa members decided to go out in front on one of the steep climbs 5km before the gruelling Moteng pass. The two riders were caught on the pass and passed by Jacques van Rensburg on his way to the top of the first climb. The bunch was split dramatically over the first climb which meant that riders were to ride their own pace to get to the finish line. They then descended reaching speeds of about 100km/h, up and down towards Oxbow lodge, then just over the Malibamatso river climbing the even more gruelling Mahlasela pass started since it starts at 2500m altitude and finishes at 3267. David Maree caught one of the UCI riders which secured his second place.

Time gaps were as big as 10minutes in the top ten. First over the line on day 1 was Jacques van Rensburg from Team MTB Quebecha in a very quick time and a lot quicker than expected by the setup crew of the finish line and the timekeeping officials in 2:34.22, followed very shortly by David Maree from Team Tasol Solar in 2:37.08 and then Meron Russom Alem from UCI Team from Eritrea in third. The total ascent of the day was 2500m vertical climbing, total descent of 900m.

The race has been a huge success on day 1 with absolutely no casualties or incidents, a lot of support from the local people, more than willingness from the Lesotho Police and the President of Cycling in Lesotho. Everyone was more than amazed on how well the race has been organized and how it all worked out.

Day 2 started at the bottom of Moteng Pass and finished at the top of Moteng pass which is a total of 9km but with an 850 meter vertical ascent. It was uphill from start to finish and this was a stage for the strongest man on the day. Right after the start of the stage, guys was sweating and the bunch got separated very quickly as the front men were to battle it out. Jason Bakke got to the top step of the podium for the day and close on his wheel was Jacques Janse van Rensburg with a UCI rider in third place.

History of the Race 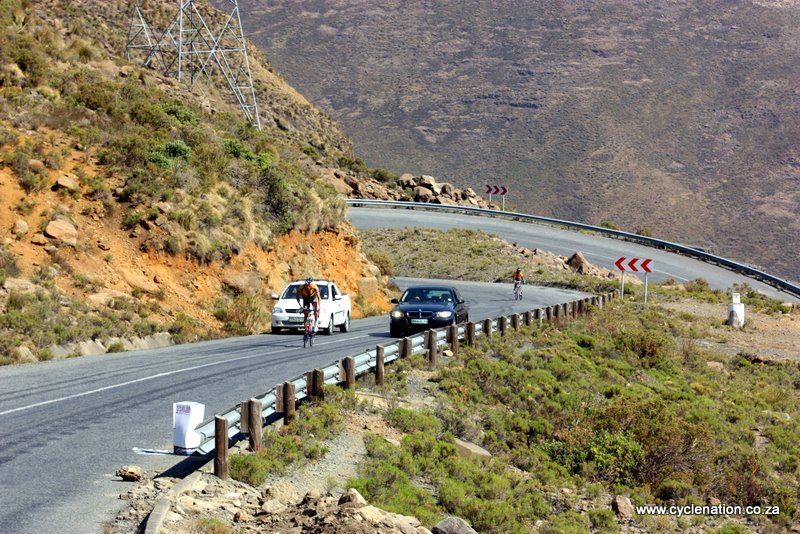 It is all a dream come true for Paul Maree from Tasol Solar and Wessel Bosman from Afriski-Altitudesport.

Paul has been training in Lesotho since 2002 and up Moteng pass a couple of times, and while doing so, started realising the benefit of altitude training and got a dream to see this gruelling pass as part of a race in Lesotho. He also know that there is no pass like Moteng pass in South Africa and especially taking it further and then including Mahlasela Pass which finishes at an altitude of 3276m. Part of the plan was to make it a 2 day race, where day 1 would start at Butha Buthe and finish at the top of Mahlasela pass at Afriski which would be a total of about 69km.

From Afriski-Altitudesport, for Wessel Bosman a South African and African 110m hurdles record holder and the founder of Afriski, sport has been very close to his heart and always had the idea of developing the resort into a summer sport destination. The main advantage of Afriski is the altitude it which it lies , which is about 3050meter above sea level. Sports people understand the benefit thereof and what edge it can give you in competitions. It has always been a dream to see some top athletes train at Afriski and get the benefit of the altitude and even more so present a race in Lesotho, which starts at Butha Buthe going all along the villages and up the gruelling Moteng pass. The pass starts at 2500m above sea level all the way to the top at 3222m. Wessel wanted to see some of the top cycling teams of South Africa compete in race which has the potential to be one of the “must do” races in any keen cyclist’s cycling career. Whether you are a professional or amateur cyclist, the challenge is definitely there to conquer both passes and at an altitude which you can’t find anywhere in South Africa.

The race came about where the right people with the passion for the sport came together and organized the race, and not only mere talking about it, since there’s been a lot of talk in the past but on this day all the dreams became a reality and it actually happened. 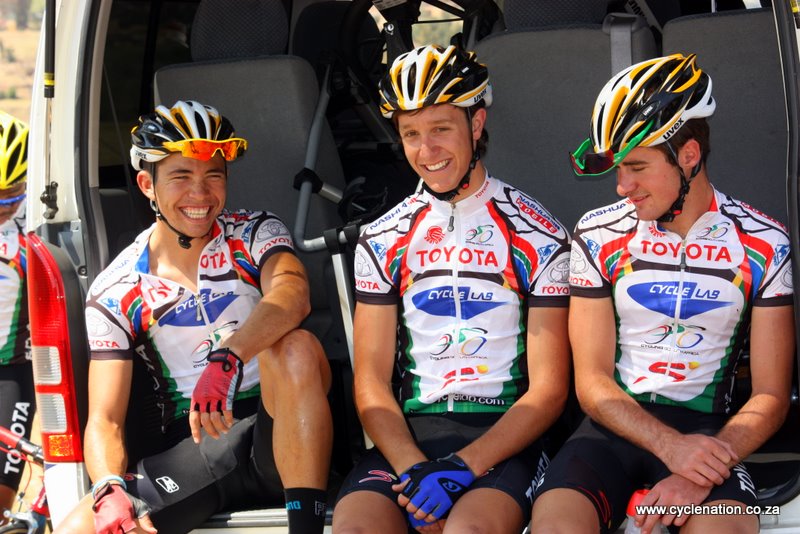 The Tasol Race to the Sun, proved to be a fantastic race and everything went so well with no casualties over the 2 days, everyone conquering something, whether a mental barrier of ascending up a mountain on a bike or conquering both passes .Everyone that took part in this maiden race deserves some respect.

The Lesotho Cycling team definitely earned some respect and sympathy for them competing against the best cyclists in South Africa.

The guys from Lesotho really have a passion for the sport and really love cycling up and down the many hills and climb their country present but they say they just can’t compete with the guys that cycle as a profession. They have to buy there own equipment which is in a dire state and not really at a standard to compete with any Pro Cycling Team. But still they are very proud and just so grateful for being able to compete in an event like this, and wish the cyclists would come back for races more often in Lesotho. 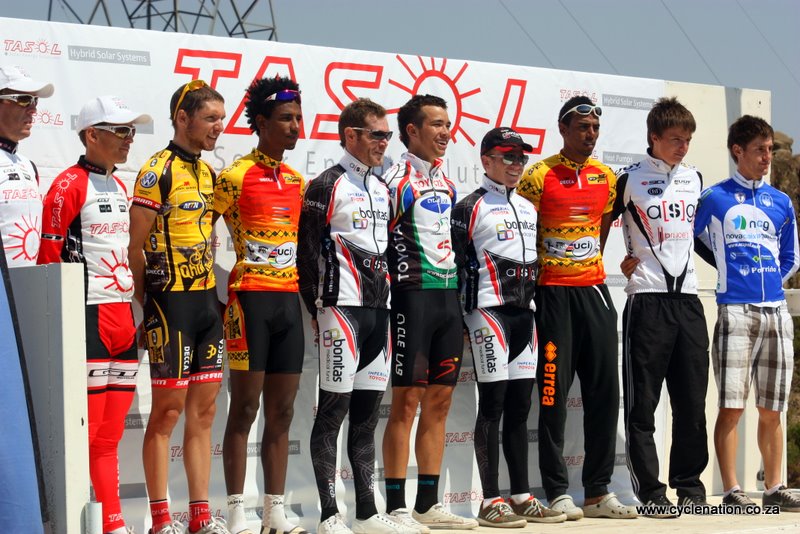 Some expressions from the cyclists:

“It’s the toughest race in the Southern Hemisphere.”

“Time spend racing would normally be equivalent to a 100km race, even though the distance was 69km.”

“It is a race that is really unique in Southern Africa that is extra hard and very good for the climbers since about 90% of races in South Africa is sprinter’s races, this is totally a climber’s race, and the climbs compare with the biggest in Spain and are World Class.” 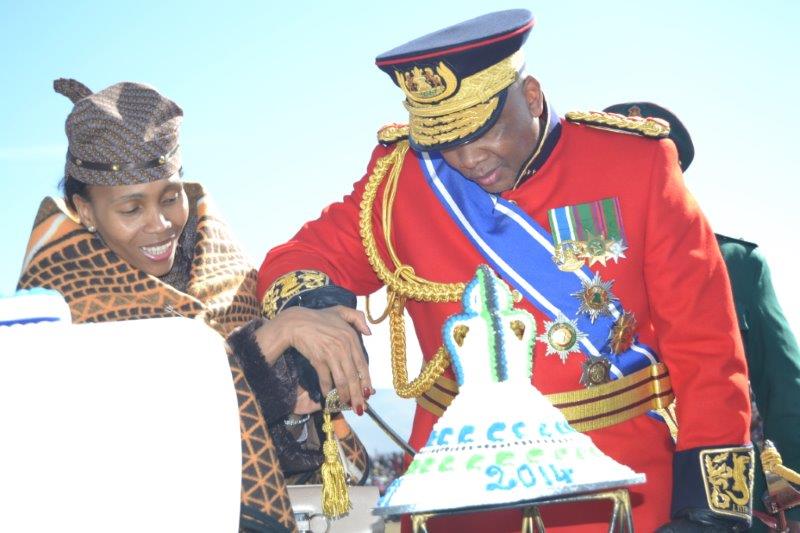