Hand Me Down, April Clothing Redistribution in Lesotho

The SA Adventure Ladies Club set off on the 15th of April to Lesotho, for what was to be our first official Hand Me Down redistribution.  We had chosen to work with Maliba Mountain Lodge. The lodge has sponsored a community centre in the nearby village Ha Mali that caters for orphaned children.  We had the two Landy’s and the little Terrios known as ‘The Fish’ packed to the max with second-hand clothes that had been donated and we were very excited to get to our destination!

We visited the St Felix School on our way to the community centre. The children were on a break, thus we were able to interact with them and the teachers.  All of them welcomed our visit. The children were collecting their lunches from the 3rd grade classroom, which doubled up as the “canteen” for lunch time. The principle Michael insisted on giving us a tour of the school. It was interesting to see their method of counting using stones and moving them from one side of their desk to the other to add and subtract. They were also busy with a moulding lesson, where they were carving small animals out of clay. Very skilled, I must say. All learning is done in English and the children were quite fluent in the language.  After a cultural dance that was put on for us by the proud pupils, we made our way to the community centre so that we could offload and unpack all the items for the Hand Me Down redistribution.  No one had mentioned that the centre itself was up a steep mountain with no road to it, so we got the vehicles as far as we could and the rest of the distance was covered by a few of us and the local community with the Hand Me Downs on our backs and heads. Many hands make light work! After meeting with the Chief and the local support group, it was agreed that our volunteer group would not physically redistribute the items, but that we would be interacting with the children as they receive their items from the support group members, as well as with those children “waiting their turn” outside. The redistribution was very controlled and each child received a few items of much needed winter clothing. There was so much to go around, the support group called more of the local community to come and receive Hand Me Downs too! The children and adults were ecstatic! We feel very privileged to have been able to help and hope that we will see them all again soon!


The next day we bid our farewells and set off for Sani Pass. We had been driving on a wonderful tar road up the Mafika Lisiu Pass (3200m). When we got to the viewing point at the top a car came up behind us and said that Sue’s car (The Fish) had been leaking something the whole way up. One look under the car confirmed it, a rock had gone through her fuel tank and left a massive hole in it! Pratley’s Steel putty and some bandage got us to the next town Ha Lejone. Luckily we were able to get some more fuel and some Sunlight Soap, that is right, Sunlight Soap. The locals used it to cover up the bits that were still leaking. Apparently the glycerine stops the fuel from leaking out! We were off again and managed to drive through some rough terrain, stopping every 3 hours or so to Re-Sunlight the ‘Fish’ up again. The terrain got worse and worse, 4×4 stuff at its best, up steep mountain passes. After night fell we knew we were not going to make Sani. We decided that St James Lodge would be the stop for the night.  The next morning some more Pratley’s Steel putty and bandage was used to fix the hole in the fuel tank once and for all! The road to Sani was most scenic; sometimes the only thing bringing the convoy to a holt was the sheep that take up the road. We reached Sani Top Lodge at 2pm, had a nice warm meal and then headed down the infamous Sani Pass… how magnificent, we had made it and were doing something that some of us had always wanted to do!

Back across the border and back into South Africa, we stopped overnight at an Inn in Van Reenens Pass, and then made our way back to Johannesburg the next morning!

Thank you to all our Hand Me Down volunteers, to Maliba Lodge and all of those involved at the community centre, we thank you for the wonderful work that you are doing in the community!

For those of you would like to be involved in the collection and redistribution of Hand Me Downs, please contact us at info@saadventure.co.za 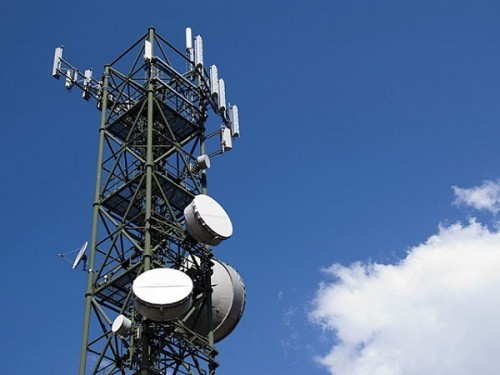